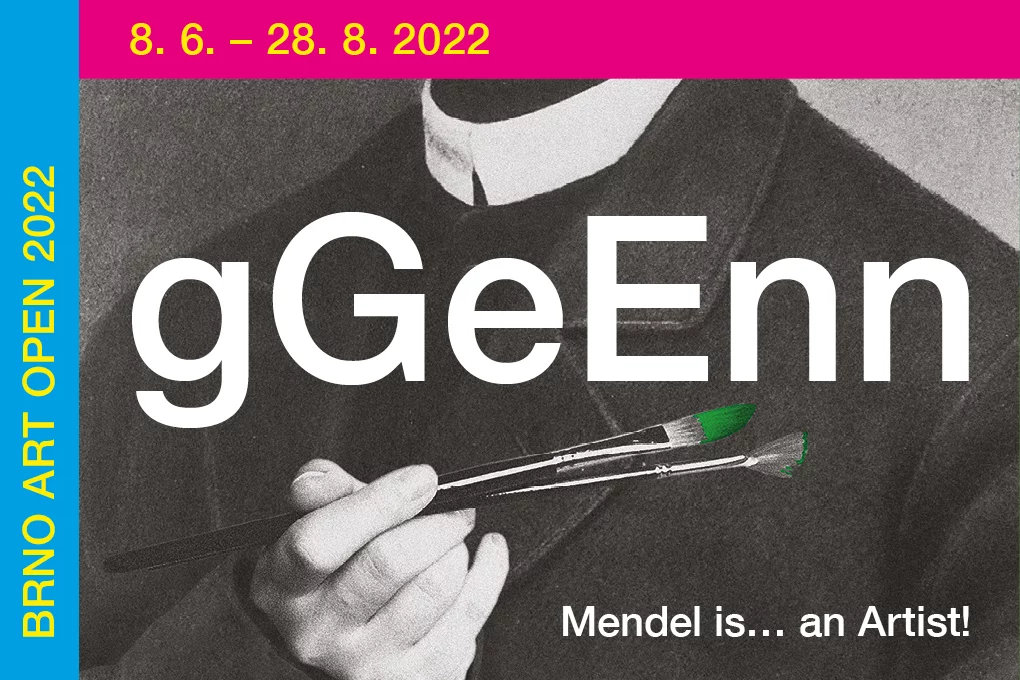 gGeEnn - Mendel Is… an Artist!

A press conference with the participation of the curators Milan Mikulášštík, Milan Kreuzzieger, artists will take place in the foyer of the House of Arts on 7 June 2022 at 2 p.m., followed by a short guided tour of the art installations.


This year's edition of the Brno Art Open Biennial is part of Brno's celebration of the 200th anniversary of the birth of Johann Gregor Mendel, the Augustinian monk who discovered the laws of heredity. It aims to commemorate the monk as a complex personality and to encompass, at least in part, the breadth of his multidisciplinary scientific research, which, in addition to plant breeding and crossbreeding, also included meteorological and beekeeping activities. Some of the artworks will be placed where Mendel's historical discoveries took place or were presented (the Old Brno Augustinian Monastery, the school in Jánská Street), and also in the village of Hynčice, the place of Mendel's birth.

The curators Milan Mikuláštík and Milan Kreuzzieger have approached domestic and foreign artists who are engaged in bio-art for this year's edition. Bio-art is an artistic movement that combines scientific and artistic approaches in a radical way, engaging with biological (often unstable and dynamically changing) materials and living organisms and leaving a large space for experimentation. The connection between artistic and scientific imagination brings a new and enriching perspective on important social phenomena and opens up the discussion on contemporary ethical issues.

Invitation to Brno Art Open 2022 was accepted by Slovenian artist Saša Spačal, Kuai Shen from Ecuador, Uli Westphal from Germany, Slovak Tomas Gabzdil Libertini, living in the Netherlands - as well as local artists Anna Hulačová and Jiří Suchánek. All of them created new works for the streets and parks of Brno.

Saša Spačal, a leading representative of Slovenian bio-art, has created a multimedia installation inspired by Mendel's famous greenhouse where hybridisation experiments were carried out. The repository of the aspiring hybrid is an archive, a small museum exhibition in the shape of a garden greenhouse, which will be located in the garden of the Villa Löw-Beer.

Kuai Shen has been researching insect life for a long time. His art projects use sophisticated audiovisual installations and explore through contemporary technologies the relationship between human society and the behaviour of ants as social insects. In Crossing, Kuai Shen focused on the study of ants in Hynčice, Johann Gregor Mendel's home village. He confronted the data collected with the life of ants in the rainforest of South America. The research in Hynčice was carried out in collaboration with leading Czech myrmecologists, Klara and Pavel Bezděčková from the Museum of the Highlands in Jihlava. Its installation will be placed in the park behind the House of Art on Malinovského náměstí.

In the spirit of Johann Gregor Mendel's world-famous experiments, German artist Uli Westphal has created a photographic series of pairs of distinct pea varieties. The photographs, which were taken using a specially adapted microscope, are displayed as large banners in various locations in Brno and also in Hynčice.

The pair of sculpted beehives was created for Brno Art Open by artist Anna Hulačová. They will be placed and inhabited in the grounds of the Augustinian Monastery on Mendel Square, where Johann Gregor Mendel kept various species of bees and tried to crossbreed them.

Experimental artist Jiri Y. Suchánek is presenting a large-scale interactive installation that responds to changes in wind and sunlight. The levitating object is both a weather station and a musical instrument on which the wind "plays". Suchánek's Probe Y is mounted on the facade of the school building on Jánská Street, where Gregor Mendel first publicly presented his groundbreaking discoveries in 1865.

Tomas Gabzdil Libertiny, who lives in Rotterdam, explores new possibilities for contemporary sculpture and design through natural processes and contemporary technologies. At the centre of Tomas Libertiny's attention are bees, which often become literally "co-authors" and contribute significantly to the final shape of his works. For Brno Art Open 2022, he transformed fragments of the honeycomb into a monumental sculptural object based on the shape of a gateway in its overall morphology. It will be placed in the Koliště Park behind the House of Art on Malinovské náměstí.

The exhibition will introduce Gregor Mendel not only as a scientist, but also as a man who, even two hundred years after his birth, can inspire contemporary artists. Young creators respond to the mental turn caused by the global ecological awakening, which makes them think about the power that tends to organize life both at the macro-level of the environment, human communities, and at the micro-level of cells.

Die Kartoffel in der Gegenwartskunst
The Potato in Contemporary Art

The potato is at once mysterious and banal, both individually grown and cultivated en masse to ultimately be "curated" for display on supermarket shelves. It evokes irony and subversion and symbolizes strength in multiple forms. It has been instrumental for ideological causes and continues to be a source of cultural and national identity to this day. The potato nourishes in many ways, and yet not all of the dishes and processes in which it is utilized are fully appreciated. It is and remains an apple (of the earth) of discord.

Diverse themes are contained and concealed within the artistic contemplation of the potato - art, creativity, and networks, the treatment of the everyday and the banal, the relationships between humans, the earth, and the environment, the literal incorporation of energy, and perspectives on national narratives.

The museum is dedicating an exhibition to the potato, which while including brief historical digressions, will otherwise focus on artistic perspectives. 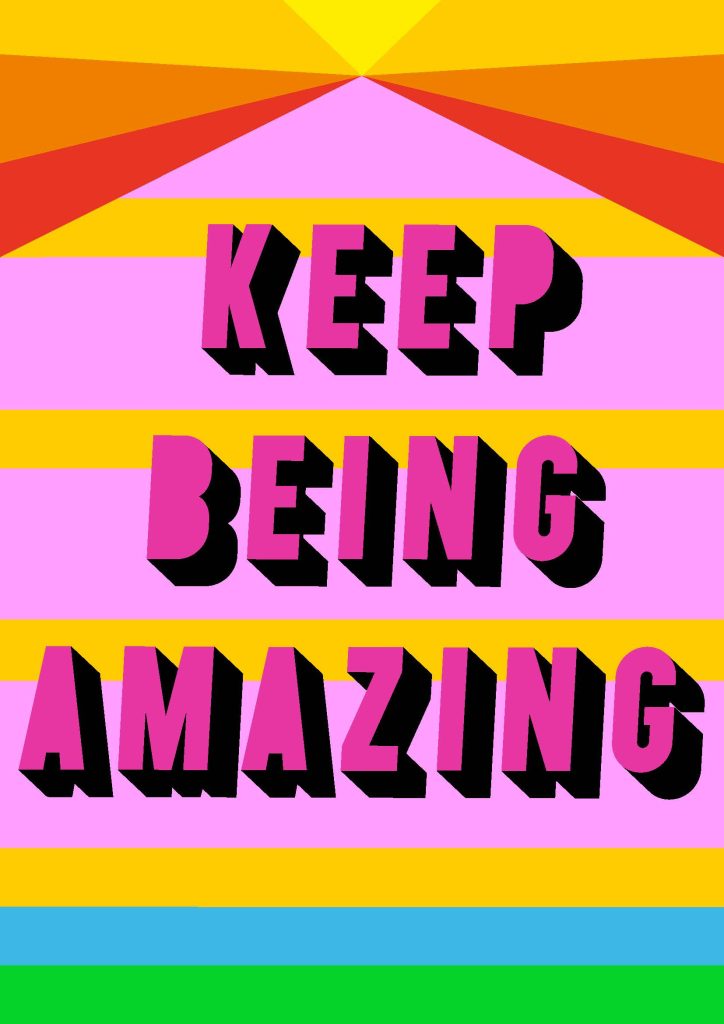 For three years, Firstsite in Colchester, Essex has been one of the Arts Council Collection’s National Partners along with Sunderland Culture and Newlyn Gallery and the Exchange, Cornwall. This is Firstsite’s final exhibition in the programme and has been made in response to the gallery’s ‘Holiday Fun’ programme.
Firstsite’s Holiday Fun programme (FHF) is a radical response to food poverty in school holidays (‘Holiday Hunger’) in Colchester. The programme, which has been running for 5 years, celebrates the positive impact of creativity on self-worth, problem-solving and mental wellbeing, welcoming families to Firstsite to enjoy a free meal, sport, artist-designed activities and the sense of safety and community generated by the gallery.
This exhibition has been curated by the curatorial and learning teams at Firstsite, who have worked together to select artworks which go some way to represent their hopes and dreams for the programme, along with being interesting and inspiring for people to creatively respond to. Half of Firstsite’s mosaic gallery will be transformed into a making space for the duration of the show, with a variety of drop- in and bookable activities available related to the work on display. Firstsite will also be running specific workshops for attendees of the Holiday Fun programme.